to break up the long drive to krakow we stopped for a night in lodz (pronounced woodge). lodz is the home of the largest mall in europe. of course we stopped by! it was oh-so-lovely, even though it was a mall! 12 defunct textile factories dating from the late 1880s (but producing textiles continuously through the early 1980s) were renovated for mall and apartment spaces....it was quite beautiful, and the "mall" included museums and entertainment, too. my favorite thing (because i happen to have a soft spot for graphic design) was the signage.... 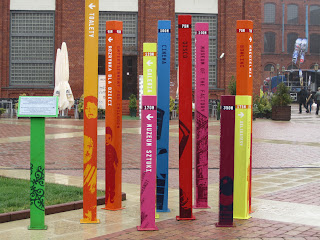 what a refreshing departure from the rest of the ENTIRE country. we found the signage in poland to be really poor.....extremely difficult to understand and interpret (even when we understood the words!).

we also dropped by czestochowa (t-chestchahova)...to see what is unarguable the most famous artwork in poland, the black madonna. below is a mosaic representation of it that was in another part of the cathedral....i got a look at the real one but couldn't take a decent photo because there was a mass going on....darn catholics-always praying! 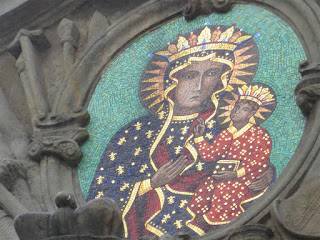 we spent three days in krakow....spent a day in the city center, shopping, looking at 1600's architecture, taking a horse-drawn carriage ride 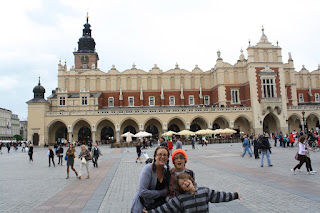 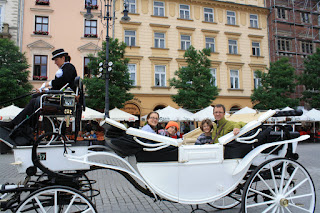 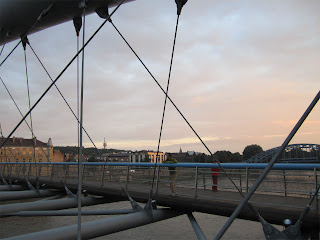 admiring one of the many cool pedestrian bridges...

another day we took a tour of a rock-salt mine...i didn't love being HUNDREDS of feet below the earth's surface, but it was quite impressive... 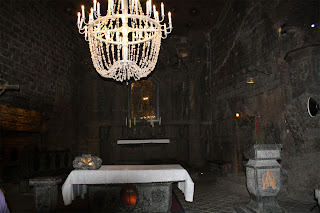 our last day in krakow was spent at auschwitz.
no pictures; you've all seen them a hundred times before.
harrowing.

let's finish off on a lighter note...maia's favorite meal? 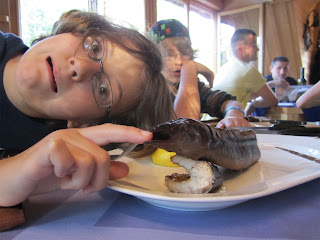 1/2 of a smoked eel-including the head. she loved it!

next up? zakopane and warsaw and memories that have no pictures!
Posted by holly kellogg at 9:51 PM

i'm loving these posts about your poland adventures!!