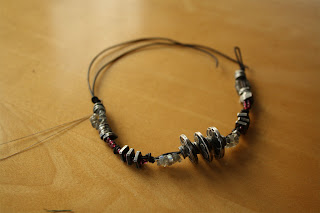 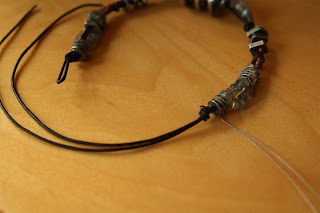 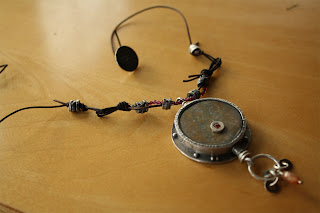 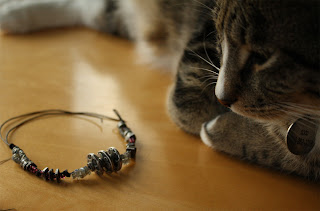 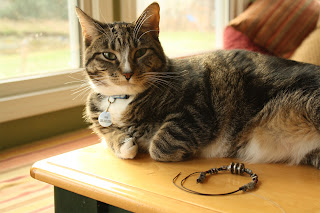 Posted by holly kellogg at 4:01 PM

If you knew how many times I have strung and restrung things....
Most of the time I have to get them wrong before I figure out how to get them right. Are you using a button clasp in the bracelet? Could you tie it with the two ends of leather using a square knot?
The big honker haunts you! It looks cool though, so keep at it. It definitely needs something heavier (visually) to balance it. Silver snake chain? Silk ribbon? Thicker leather?
xoxo

that's so funny, barb....i never think of you stringing and re-stringing! i imagine you get those beautiful necklaces intuitively perfect in one shot....
the "bracelet" will eventually be one of a multi-strand necklace, i believe....and the honker will probably have multistrand leather and tiny beads in front and some chain towards the back...someday...
xoxo

That's funny! I don't think I've ever put a necklace together in one shot!
I love the honker, no matter what you end up doing with it. Good memories!