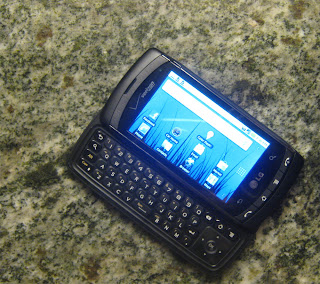 some of you might not know how i feel about new technology, and will not be surprised that i got a new phone. then there are the others of you who will find the purchase of a smartphone (by me) to be nothing short of shocking.
here's how it is....i don't care for this type of new technology. (photoshop is another thing entirely; i love those upgrades!) phone technology changes every 6 months to something entirely new. my learning curve for adjusting to the menus, etc on these devices is VERY steep...i can never seem to remember where anything is...and mostly, i think i just don't NEED all the hoo-ha.

i've been hanging on to my old-school, numbers-only phone for several years now...i think of the phone as a tool to have/use in case I have an emergency, not something i'm obliged to have on me at all times nor a tool for someone else's emergency ("pick up exterior screws while you're out, will ya?").
but....several weeks ago i was driving with my brother and we were late and hit some traffic and he punched a button on his phone and all of a sudden THERE WAS GPS! and i did sit (on several occasions this spring) waiting for games/practices to start that had been cancelled via email.

so i got one...BUT, just so ya know, i STILL won't have it on me most of the time, and i don't want anyone TEXTING me because i'm not interested in learning that, and it's not part of my verizon "plan"...so there.
Posted by holly kellogg at 8:02 PM